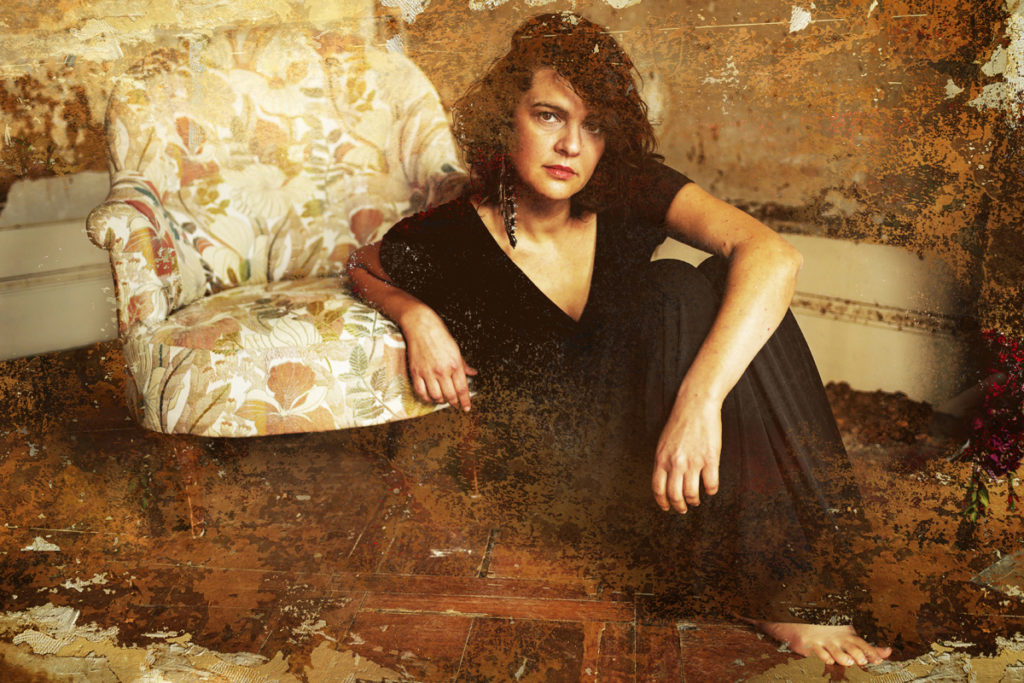 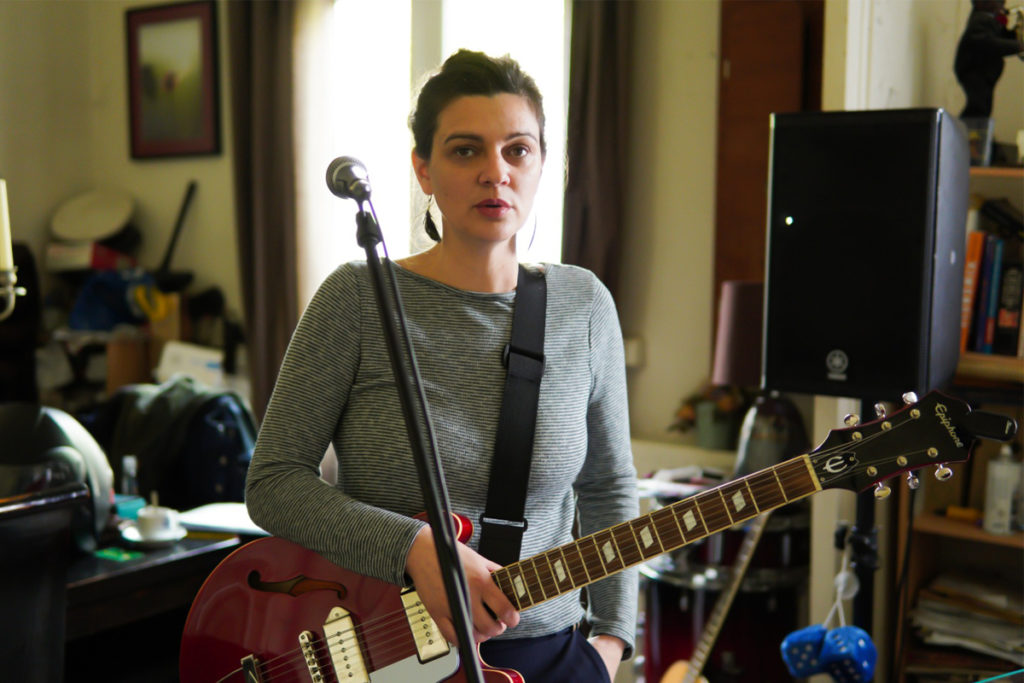 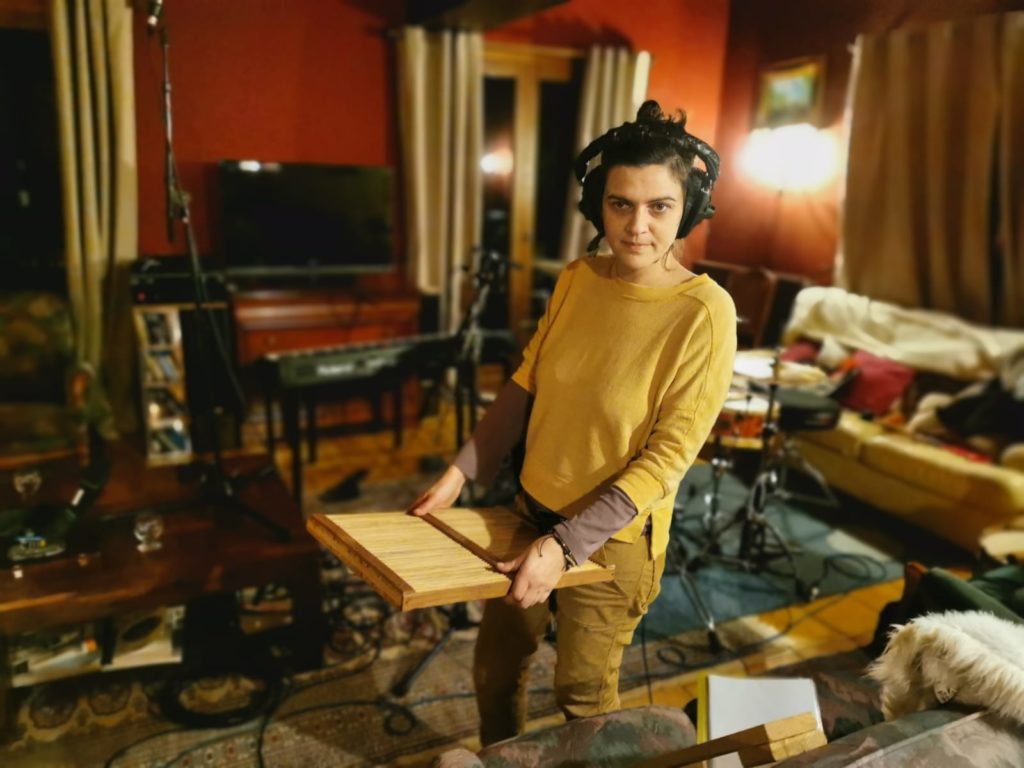 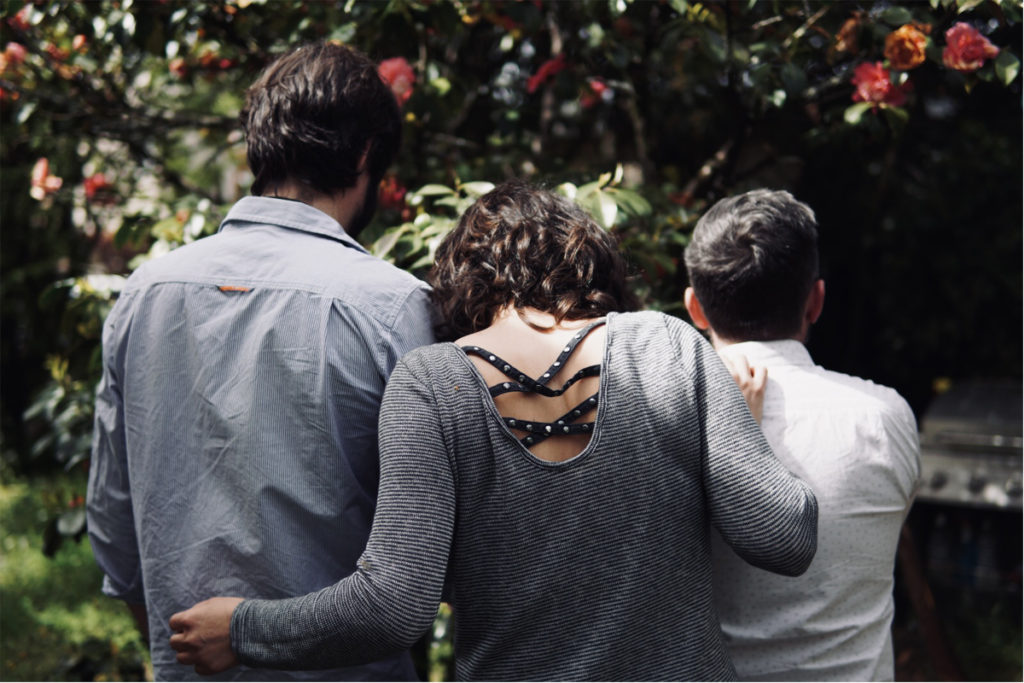 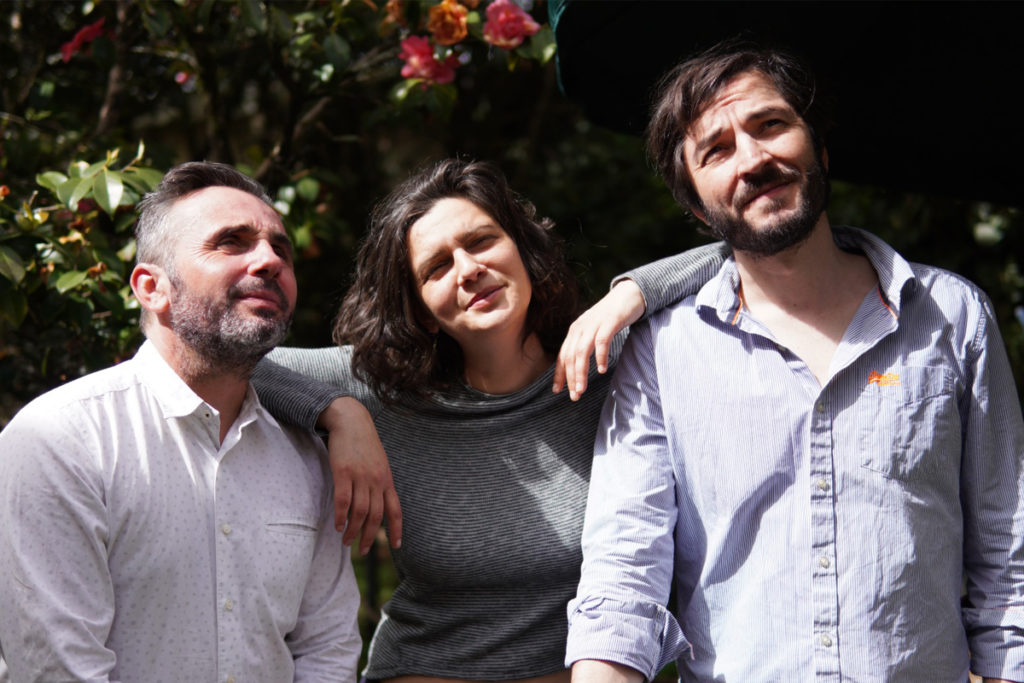 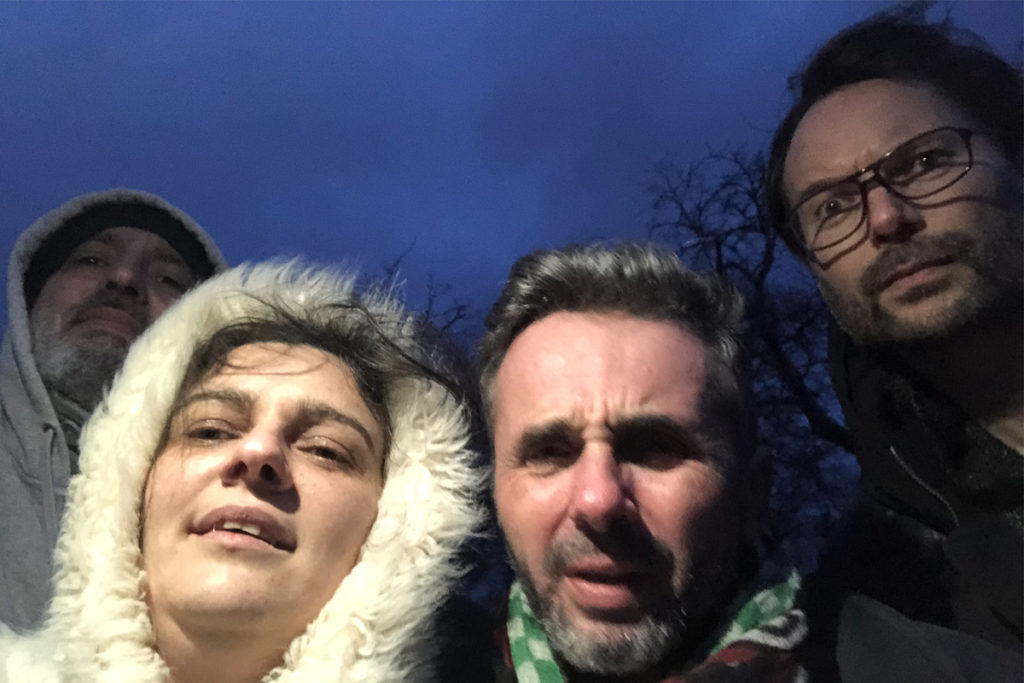 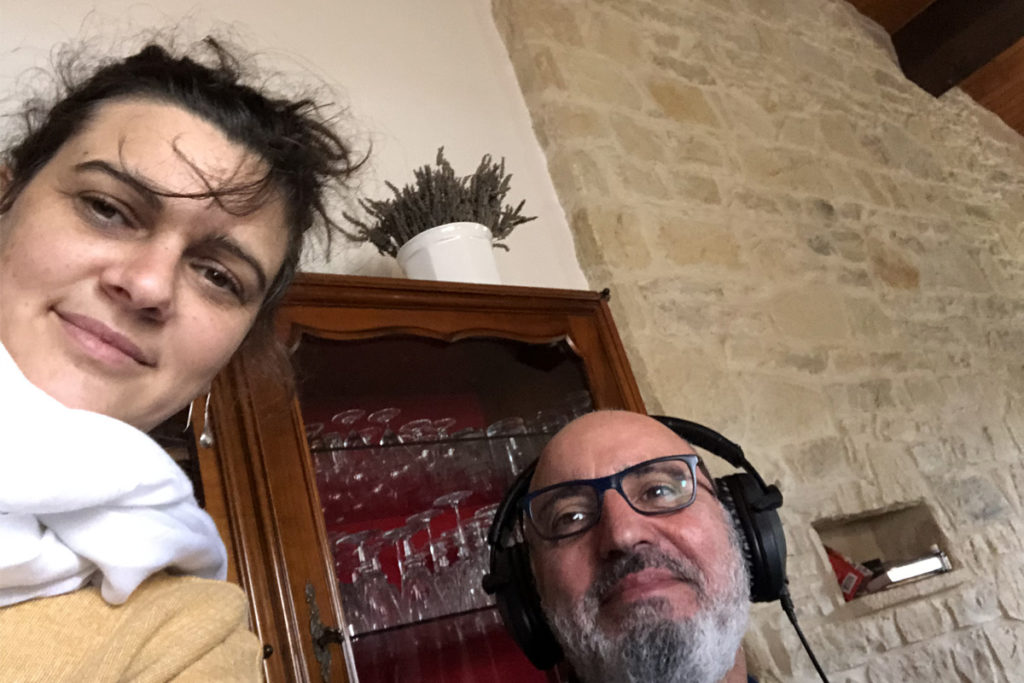 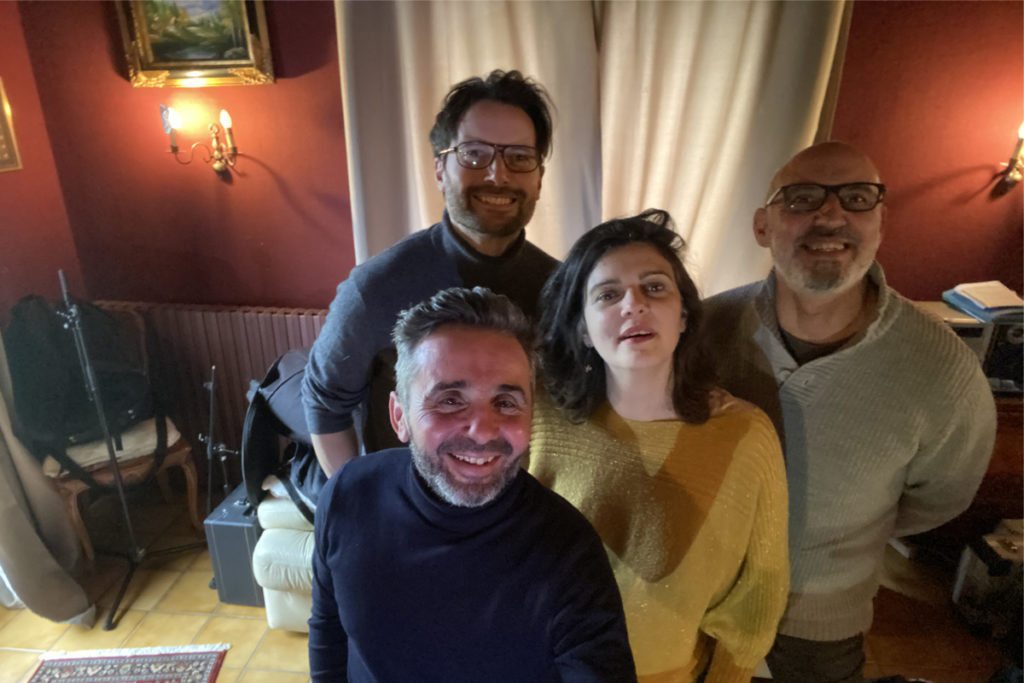 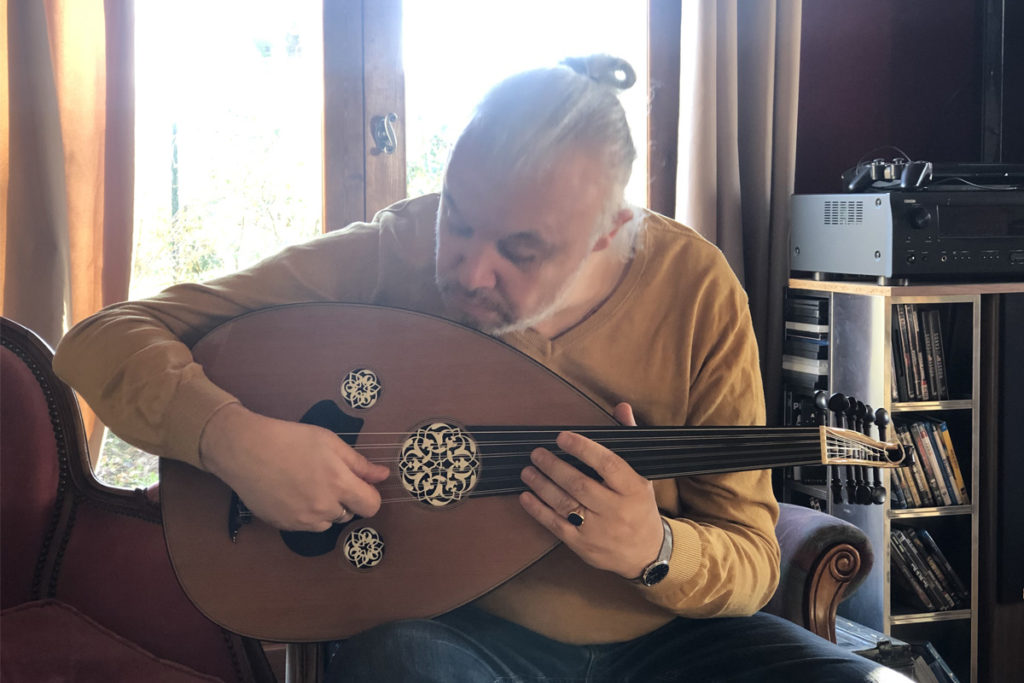 Julie Lagarrigue is a singer-songwriter. A multi-instrumentalist, she has been performing and recording French songs since 2008.

When we met, in the momentum of her last album “Amours sorcières“, Julie Lagarrigue wished to release a new album of 12 tracks entitled “La mue du serpent blanc”.

For this album, 12 worlds to cross, always in the intimate, in the modesty, in the tradition of the “French Song”, she invites ten of musicians coming from universes that all oppose.

On stage, the artists will play in trio; the show is in preparation 🙂
The plastic work (painting, cover illustration, video-projections inlay and clip) is ordered to Léa Cornetti.

The 12 tracks of the album are nocturnal, speak of secrets, confidences, trust and love.
With titles like “Nuits de lumières” or “Monde intérieur” Julie invites us into the meanders of creativity, of life in the broadest sense of the term, of shadowy areas brought to light.
“Faut qu’on s’garde” brings us back to earth, to the realism of everyday life. “La mer est immense” wakes us up and reminds us that we are all on the move, passing through. “Notre Secret” speaks to us of fantasies or life choices, a bit like the title “Il s’appelait Ghislain” nostalgic but happy. In ” Ma douce “, a mother speaks to her child about the stages she has gone through and about the after death, without ever using the word.
The inevitable B side of LIFE, death, is present throughout this repertoire, but it is the A side that Julie, resilient, chooses to defend and sing here.
The percussions are used in the traditional sense, like the Mauritanian women playing on pots and pans. “Si tu la voyais” takes us to a watery desert crossed by these caravans of women, creative and defending their rights, each with their own means.
We hear in this repertoire the depth of the piano, the electricity of the guitars, the solemnity of the brass, the enveloping softness of the strings. Each instrument brings its own spicy touch to Julie’s cooking.

Mock-ups of the album were recorded during the first confinement. The pre-production recording started at the end of December 2020 in Lanton (33), and continued during the year 2021. The release of the album is planned on 11/02/22!

We can’t wait to listen to it!

« In February 2020, our fourth album “Amours Sorcières” was released and received a very good review in the press (3fff in Télérama in particular). But the health crisis finally got the better of us, too many postponements, moves, cancellations, renewals, so many uncertainties.
And then, as if fallen from the sky, the Fonds Régnier pour la Création entered through the door. It is necessary to believe that they had seen the light! What a joy to find support like theirs, especially at that time! And then almost to the day, Hélène Des Ligneris, the Villéga family, the subscribers, it was raining sponsors!
So I decided to dive back into the creation of a new project “La mue du serpent blanc”, with the recording of an album and the creation of a new show. Desire to create, to remain in action, to be essential. I call upon new collaborators, as much for the work of arrangements on the record as to imagine the new creation on stage.
Obviously, without the Fonds Régnier pour la Création, I think I would not have found the impetus. Thank you for your support! Thank you! Thank you!» Julie Lagarrigue

The Fonds Régnier pour la Création finances part of the costs related to the production of the album (studio recording and record sleeve in particular).

To be introduced to Julie’s universe and discover the title “Notre Secret» :